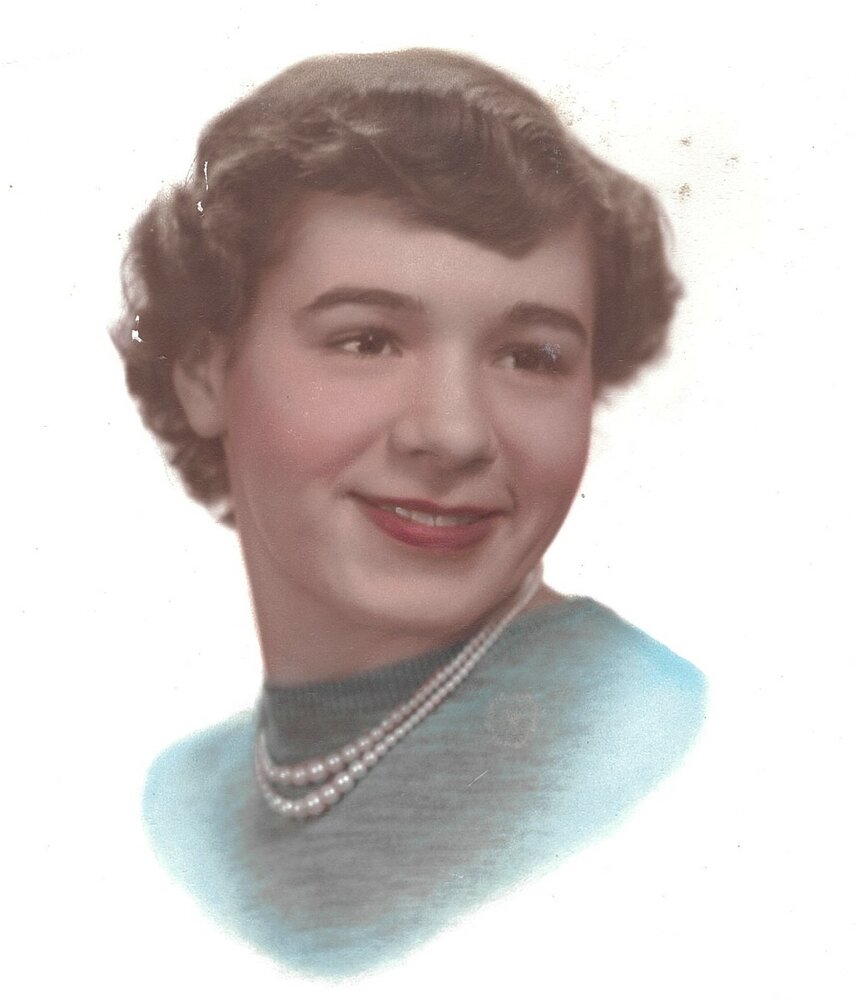 Please share a memory of Shirley to include in a keepsake book for family and friends.
View Tribute Book

Shirley Jean Smith, age 87, of Bradford, NY died Saturday, January 7, 2023 at the Taylor Health Center in Bath, NY.  She was born April 21, 1935 in Painted Post, NY the daughter of Edward and Nora (Randall) Hathaway. She graduated from Painted Post High School and Jackson Community College. Mrs. Smith was a retired Registered Nurse from the Bath V.A.M.C. She was a US Air Force Korean War Veteran.  Shirley had many hobbies and was a very talented woman at quilting, pottery and refinishing furniture. One of her favorite pastimes was studying her rich family history as a genealogist.  Her interest, as a veteran herself, and extensive research in her ancestors military activities found: Captain Shethers of Hammondsport and Captain Chapman of Urbana were veterans of the French and Indian War and Revolutionary War, both of her grandfathers; John Randall of Bradford, NY and Captain William Hathaway of Hornby, NY fought in key battles of the Civil War including Gettysburg, Charles and James Randall of Bradford, NY were Civil War veterans, and Al and Sam Randall of Bradford were Army Veterans of WWI and Captain Lyle Hathaway of Painted Post, NY was a WWII and Korean War veteran.  Shirley was also very involved in her community as a girl scout and brownie leader and member of the Junior Chamber of Commerce in Dexter, Michigan, as well as council and treasurer at the Catholic Church in Dexter, Michigan.  She was also politically active, attending the Governor's Ball in Michigan. She was a member of the D.A.R., Schuyler County and Steuben County Historical Societies, Robert N. Austin American Legion Post 1279 in Campbell, NY, Franciscan Order in Corning, NY, and St. Stanislaus Church in Bradford, NY.

Family and friends are invited to the visitation on Saturday, January 14, 2023 from 10:00-10:30 am, the Rosary will be said at 10:30 and the Funeral Mass of Christian Burial will be at 11:00 am all at St. Mary's Church in Bath, NY with Reverend James Jaeger as celebrant.  Burial with military honors will follow at St. Catherine's Cemetery in Addison, NY.

To send flowers to the family or plant a tree in memory of Shirley Smith, please visit Tribute Store
Saturday
14
January

Look inside to read what others have shared
Family and friends are coming together online to create a special keepsake. Every memory left on the online obituary will be automatically included in this book.
View Tribute Book
Share Your Memory of
Shirley
Upload Your Memory View All Memories
Be the first to upload a memory!
Share A Memory
Send Flowers
Plant a Tree