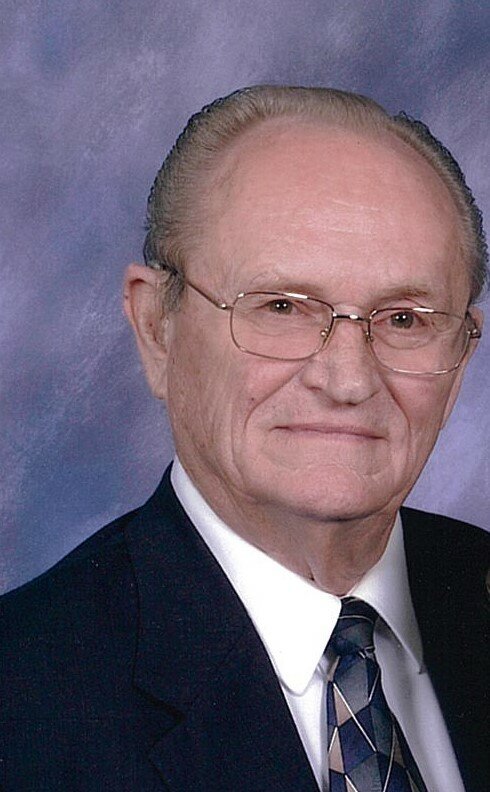 Please share a memory of Arnold to include in a keepsake book for family and friends.
View Tribute Book

On Tuesday December 20th 2022, Arnold S. Kish 87 of Bath, N.Y. peacefully went to be with our Lord. Arnold was born in Clarksburg West Virginia on January 10th, 1935 and moved up to NY with his mother and two sisters - Verona Kish, Margaret Kish Baird and Joann Kish Palmer all of which have predeceased him. He played Baseball, Basketball and Football for Haverling and excelled at anything he attempted (and would make sure to tell you all about it)

He was in the U.S. Army where he was stationed in Fairbanks Alaska and was honorably discharged and moved back to Bath N.Y. in 1957. He worked at McCann's Furniture Barn and ended up marrying his Queen Helen I. (Woodford) Kish on August 27th 1960. They enjoyed a few years of marriage until God blessed them with the most wonderful, loving down-syndrome son Joseph M. Kish and a few years later a daughter Barbara E. Kish.
Arnold was a huge part of the community and the elite club Legion of Leaders - selling cars at local dealerships for over 40 years. He enjoyed hunting, fishing, playing cards and making memories with his family. He was devoted to the St. Mary's Church and the ARC Family/Community and a huge supporter of the Special Olympics. He frequented the American Legion, Elks Club, Rod and Gun Club and the VFW in Bath, where he made lifelong friendships. He was full of life and laughter which was contagious and would try to convince anyone who would listen to an elaborate story of how he was so good at baseball, the Yankees were scared to sign him.
He loved his friends and family more than anything, but was especially proud of his Great Grandchildren Timothy S Calafiore, Abrianna Calafiore, Gionni Calafiore, Julian Calafiore, Stella Calafiore and Kylie Lott.

He is survived by his Granddaughter and Grandson In Law - Kristina (Benincasa) Calafiore and Timothy L Calafiore whom he lived with for the last year, Granddaughters Margaret Lott and Amy Lott and several nieces, nephews and cousins in which he talked about frequently and cherished all the memories he had of them.

Calling hours will be Monday December 26th at Fagans Funeral Home in Bath from 3-6 pm with an Elks Service at 5:45 and funeral service at 6:00 pm. A Military Graveside Service will be held  at 10:30 am Tuesday the 27th at Pleasant Valley Cemetery. All are welcome to come and
celebrate Arnie's life with his family.

To send flowers to the family or plant a tree in memory of Arnold Kish, please visit Tribute Store
Monday
26
December

Look inside to read what others have shared
Family and friends are coming together online to create a special keepsake. Every memory left on the online obituary will be automatically included in this book.
View Tribute Book
Share Your Memory of
Arnold
Upload Your Memory View All Memories
Be the first to upload a memory!
Share A Memory
Send Flowers
Plant a Tree