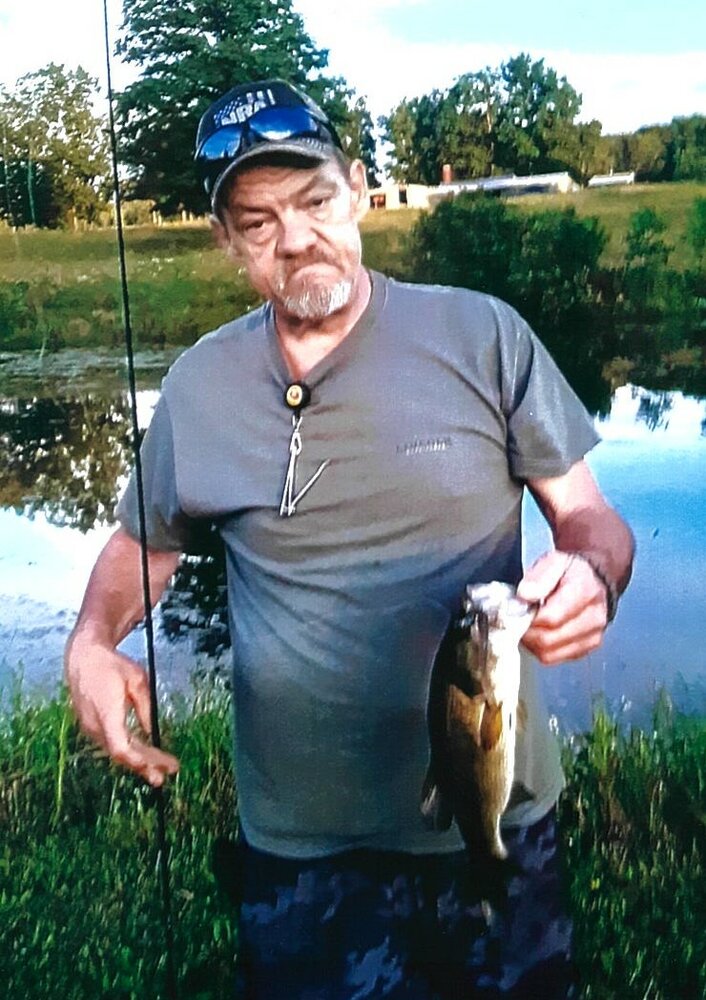 Please share a memory of Paul to include in a keepsake book for family and friends.
View Tribute Book
Paul Allen Stinson, 55, of Bradford, NY, son of the late Abel R. Stinson and Marion E. Stinson, passed away Sunday, March 20, 2022 at the Corning Hospital, surrounded by his family. He was predeceased by his parents; two brothers, John Kevin and Robert Roland; three sisters, Donna Taylor, Theresa Hatch and Sharon Klock, and the love of his life and late wife, Donna Derr Stinson. Paul leaves behind four sisters and one brother; Janett Mendez of Bradford, Barbara Bulkley of Savona, Deborah Stinson of Penn Yan, Ellen Vanuvanee of Savona and William Walters Sr. of Campbell. He is also survived several aunts, uncles, cousins, nieces and nephews. Paul was an avid outdoorsman and enjoyed hunting, fishing and spending time with his family, especially around a bonfire. He was a member of the Bradford Fire Department growing up in Bradford, employed at McConnells and AirFlo in Prattsburgh. While traveling in Tennessee he worked as a tow truck driver. Paul and Donna had several Boxer dogs and they were all like their kids. He enjoyed the three stooges and you could often find him doing his "Curly" impersonation at family gatherings for the younger kids. He will certainly be missed by many, and his memories will live on and on. Services will be held at the convenience of the family. A celebration of his life will be announced at a later date.
To plant a beautiful memorial tree in memory of Paul Stinson, please visit our Tree Store

A Memorial Tree was planted for Paul
We are deeply sorry for your loss ~ the staff at Fagan's Inc. Funeral Home
Join in honoring their life - plant a memorial tree
Online Memory & Photo Sharing Event
Online Event
About this Event

Look inside to read what others have shared
Family and friends are coming together online to create a special keepsake. Every memory left on the online obituary will be automatically included in this book.
View Tribute Book
Services for Paul Stinson
There are no events scheduled. You can still show your support by planting a tree in memory of Paul Stinson.
Plant a tree in memory of Paul
Share Your Memory of
Paul
Upload Your Memory View All Memories
Be the first to upload a memory!
Share A Memory
Plant a Tree