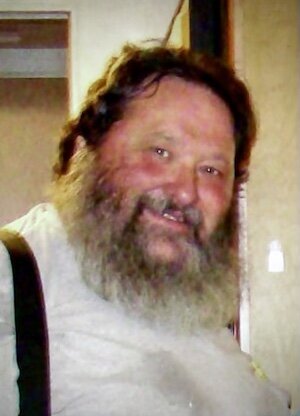 Please share a memory of Spencer to include in a keepsake book for family and friends.
View Tribute Book
Spencer Conklin, age 60, of Bath, NY, went home to his Lord in heaven on December 10, 2021. He was born in Bath, NY on October 3, 1961 the son of the late Earl Jack Jr. and Margaret'Peggy' (Riley) Conklin. Spence was a man of unshaken faith and attended The First Presbyterian Church of Bath. He was a member of the Charles E. Wescott American Legion Post 173 in Bath, where he held the positions of Sergeant at Arms and Commander of the S.A.L. Spence was a member of the Bedford Light Artillery Civil War Reenacting Group, participating as a Gunner and Artificer. He also was a member of the Steuben County Agricultural Society and was the Blacksmith at the Steuben County Fair. Spence was a man of many talents. He was a drummer and bass player in several local bands, a beekeeper, avid photographer, hunter, outdoorsman and collector of things. He worked, in the past, at Longwell's and Shirley's Lumber Companies, Smith's Auto Body Shop, Taylor's and Bully Hill Wineries and his father's construction company. More recently he worked at Harding's Harley Davidson and Ducon Leasing Co. Inc. Spence was quick to help a stranger, and a loving husband, father and grandfather, who will be dearly missed. He is survived by his wife Laura Conklin, four sons; Spencer Jr. 'Bud' (Maria) Conklin, Zachariah Conklin, Dillon (Tanya) Conklin and their child Riley, and Trevor Conklin, brother Earl Jack (Gail) Conklin III, sister June Dresig and aunts, uncles, cousins, nieces and nephews. He was predeceased by his parents, his daughter Serena Conklin and his sister Rebecca Allen. Family and friends are invited to the calling hours on Saturday January 8, 2021 from 12:00-2:00 pm at Fagan's Funeral Home in Bath, followed by a Memorial Service at 2:00 pm. In lieu of flowers, please consider a memorial donation in his name to the Charles E. Wescott American Legion Post 173, Bath, NY 14810.
To send flowers to the family or plant a tree in memory of Spencer Conklin, please visit Tribute Store
Saturday
8
January