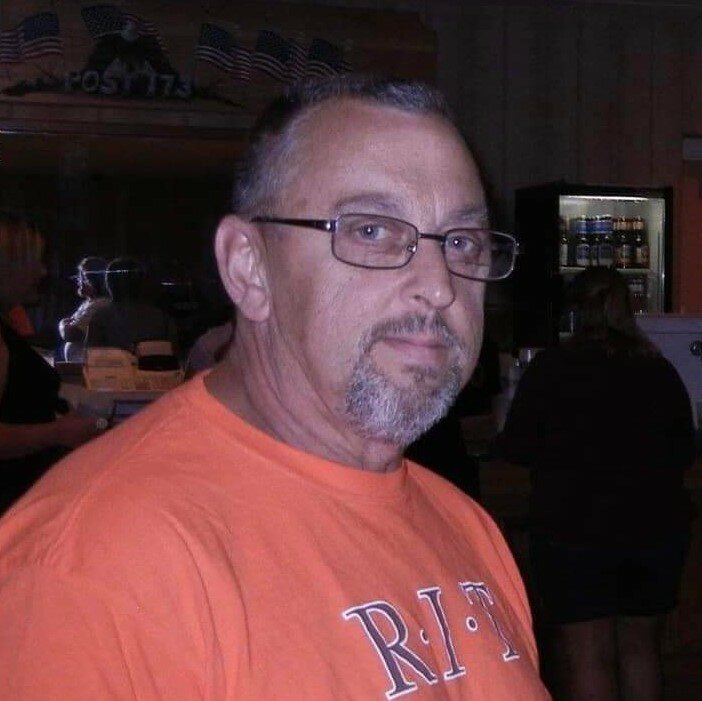 Please share a memory of David to include in a keepsake book for family and friends.
View Tribute Book
David M Hobbs (Hobbsie) – Born 7/14/1959 (Age 62) in the town of Bath, NY to Gerald and Dorothy (Dickie) Hobbs. David graduated from Haverling High School in 1977. He had worked many jobs over the years, most of his career was spent at Superior Energy retiring in 2019 after 33 years, and multiple roles with the company. After a brief period of retirement his desire to keep working led him to a part-time job at Bath Plumbing and Hardware, and truly loved the instant bond with his entire work family (Including his wife). He also enjoyed his one afternoon a week on a local garbage route. Hobbsie had a passion for many things including music, the outdoors, and his sons. He was an avid hunter, hiker, camper, and had a great passion for shooting sporting clays. He poured his heart and soul into every new adventure and everything he did. He was a member, and officer at the Bath Elks Lodge competing on their ritual team getting awards at both the state and national level. Most recently he was very involved at the Bath Rod & Gun club serving as their Vice President and distinguished Groundskeeper for the past several years. He also enjoyed being involved in his boys’ sports. From coaching, to watching, he was at every sporting event and supported his two sons with all his heart. During school he was very involved with swimming, the school band and later in life, if there was an open drum set, or a microphone and a band willing to let him, he was up on stage drumming or next to a piano leading a group with a rousing rendition of Billy Joel’s “Piano Man”. David passed away unexpectedly on 12/7/2021 at Arnot Ogden Medical Center with his family by his side. In addition to his wife Kim (Longwell) Hobbs married May 4th, 1985, he is survived by his two sons Michael and his Wife Katy (Cotton) Hobbs, and Logan Hobbs and his girlfriend Morgan Kline. He is also survived by the absolute loves of his life, his two granddaughters Abigail, and Madison Hobbs, and his four-legged buddy Baxter Hobbs. He also leaves behind his mother Dorothy (Dickie) Hobbs, his three sisters Patricia Bennett, Jeannine and her husband Jim Prunoske, and JerriLyn Baker, along with many nieces, nephews, cousins, and a large number of dear friends. There was a celebration of life and Elks Service on Saturday Dec 11th at the Bath Rod and Gun Club.In lieu of flowers the family kindly requests that any donations be made to an organization of one’s choice in the memory of David (Hobbsie) Hobbs.
To send flowers to the family or plant a tree in memory of David Hobbs, please visit Tribute Store
Print
Saturday
11
December