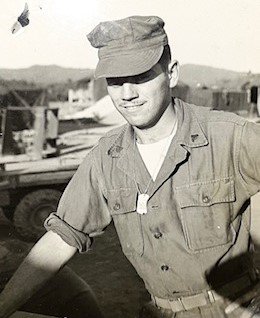 Obituary of Miner A. Curtis

Please share a memory of Miner to include in a keepsake book for family and friends.
View Tribute Book
Miner A. Curtis VII May 18, 1943 – August 4, 2021 Miner passed away peacefully on August 4th at the VA hospital in Bath, surrounded by his loved ones. He was born in Hornell and grew up in Bath, and graduated from Haverling High School. He ventured out to Illinois with his two best friends Bob and Doug to work on the power lines. Miner was in the USMC from 1963 – 1967 (Vietnam Veteran). Eventually re-entering the military in the USCG from 1970 – 1977, serving as an electrician. He gained employment at the Bath VA and retired from the Tucson VA in 2000. Miner was an amazing son, brother, husband, father and grandfather. His quick wit and charm kept everyone on their toes. His love for riding his motorcycle took him all across the country and through fields. His daughter currently rides her father’s precious Harley. You would never catch him sitting for long. He was either golfing with his son or playing tennis with a special group of friends. While living in Arizona he hiked and skied many mountains. Throughout his hikes he would utilize his photography skills to capture the beautiful scenery and wild life. He was young at heart and known as the fun Papa TT, who never turned down a game of putt-putt with his granddaughter. Miner supported his grandson by participating in Autism walks and fundraisers. In 2012, he married his high school sweetheart Connie Curtis. Miner and Connie spent their last few years living in Ocala, FL. Summers were spent in their hometown of Bath, NY camping in the Jellystone Campground where they found peace & enjoyment with dear friends and neighbors. They hosted multiple cookouts for friends and family and spent multiple hours together walking their beloved dog Ragan. He continued to meet his high school buddies for a drink on Tuesday’s at the Legion. He was an active member of the Bath American Legion Post 173, Elks lodge 1547 and VFW of Bath. Miner is now reunited with his predeceased parents, Miner A. Curtis VI and Madeline D. Curtis and sisters, Delphine Curtis and Peggy Rougeux. Millicent Curtis, the mother of his children. He is survived by his loving wife Connie R. Curtis. His children Miner A. Curtis VIII (JJ), Monique & Kevin Knapp, Mark Curtis. His step-children, Rudy J. Thompson and Suzanne M. Obrochta. 5 beautiful grandchildren Kevin (Alexis) Knapp, Chelsea Knapp, Tyler (Calli) Knapp, Madeline-Ann Knapp and Curtis Knapp. Niece Michelle (Ryan) Sincerbox, nephews Richard (Diane) Rougeux, John (Natalie) Rougeux, Jeff (Debra) Rougeux and brother-in-law Greg Rougeux. His lifelong friends Doug & Helene Cragg, Bob & Mary Jo Yates. Most importantly his dog Ragan. Numerous loving relatives from Millicent’s side of the family. Family and friends are invited to attend the graveside service at the Bath National Cemetery in Bath on Thursday, August 12th @ 3:00. A celebration of life will follow at the Bath American Legion from 4 -7. In lieu of flowers, send a donation in Miner’s memory to the Bath American Legion Post 173.
To send flowers to the family or plant a tree in memory of Miner Curtis, please visit Tribute Store
Thursday
12
August

Look inside to read what others have shared
Family and friends are coming together online to create a special keepsake. Every memory left on the online obituary will be automatically included in this book.
View Tribute Book
Share Your Memory of
Miner
Upload Your Memory View All Memories
Be the first to upload a memory!
Share A Memory
Send Flowers
Plant a Tree