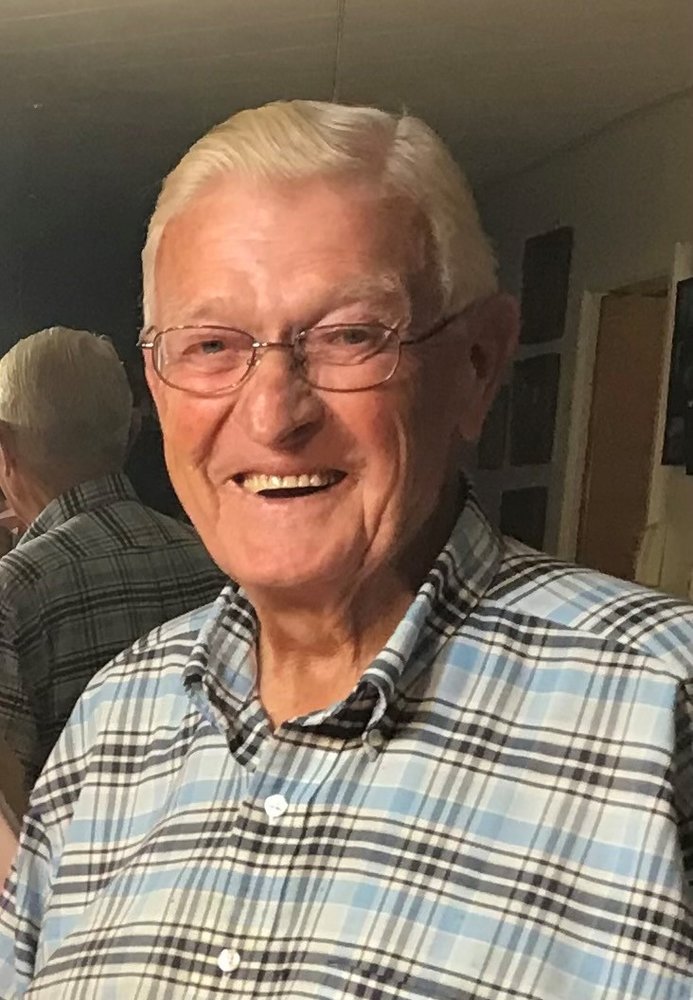 Please share a memory of Robert to include in a keepsake book for family and friends.
View Tribute Book
Robert “Bob” Young of Bath died peacefully on August 3rd surrounded by his children and granddaughter Jody Hume. Bob was well known for enjoying a good laugh and a good cigar, and he made friends wherever he went. Bob grew up in Geneseo, New York working on his family farm. He held several jobs throughout his life including: as a soda jerk; an Airman First Class in the U.S. Air Force; livestock, car carrier and freight truck driver; Transport Supervisor for B.R. Dewitt, during the building of the New York State Thruway; real estate agent; Owner of the Hall Equipment John Deer dealership; and Co-Owner of Young Potato Equipment, with his son Scott (Jane) Young. He was fond of saying that he loved what he did, so he never thought of it as work. Bob was a lifelong member of the Bath American Legion and a long-time member of the Avoca United Methodist Church. He is survived by his son Steven (Roxanne) Young of Salisbury, North Carolina; his daughter Roberta “Bobbie” (Doug) Dillon of Canandaigua; his beloved stepchildren Alan (Linda) Sampson of Victor, Pamela Sampson of Shortsville, Debbie (Ron) Rossolo of Victor, and Jack Sampson of Shortsville; his 13 grandchildren; and numerous great and great-great grandchildren. He was predeceased by his wife, Vera Young; his son, Scott Young; and daughter, Susan Young; all of whom he looked forward to joining after his passing. In lieu of flowers, please pour yourself a Scotch, smoke a cigar if you’ve got one and send donations to the Finger Lakes SPCA, 72 Cameron Street, Bath, NY 14810 in honor of Bob’s love of animals. Family and Friends are invited to vistation at Fagan's Funeral Home of Bath, NY on Saturday, August 7, 2021 from 11:00-1:00pm with Services to follow at 1:00pm. Burial will be in Nondaga Cemetery.
To send flowers to the family or plant a tree in memory of Robert Young, please visit Tribute Store
Print
Saturday
7
August