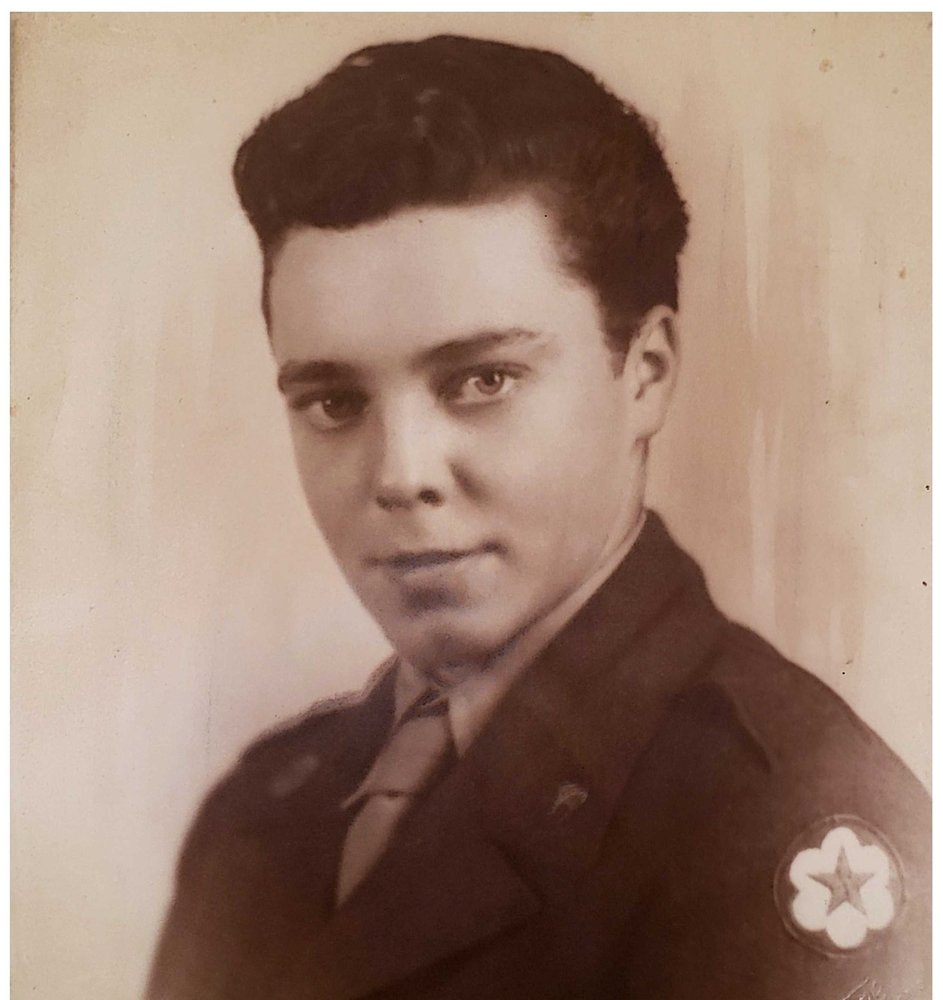 Please share a memory of Robert to include in a keepsake book for family and friends.
View Tribute Book
After 93 years well lived, Robert Edward Ackley walked into glory with his Heavenly Father on June 17, 2021 to be reunited with his brother and lifelong friend, Pete. He was a man who lived life to the fullest and loved his family dearly. Born January 28, 1928, he was “Bob” to his loving wife of 73 years, Ruth Webber Ackley, “Dad” to his children Robert L. Ackley (Nami), Catherine Ackley, Donald (Debra) Ackley and Robin (Glenn) French, and “Grampa” or “Papa” to many grandchildren, great grandchildren and great-great grandchildren. He was predeceased by a great- grandson and 9 siblings. Only his sister and poker buddy, Rose, survives from the original clan. Born in Bradford, PA to Harold and Ena (Hardy) Ackley, he served in the Army and worked as a chief cook for the VA until his retirement. He moved to Hammondsport, built his own home, and added to it when he could until it became the hub where generations of family would congregate. Bob was known for his gentle loving spirit, generosity, practical jokes, sense of humor, ready smile and the crazy eyes and faces that he would make in almost every picture you tried to take. He loved spending time with his family. He and Ruth hosted many family gatherings - always with an abundance of food, penny ante poker, and tons of laughter. Each year at Thanksgiving and Christmas he would bake 20-30 pies but still had enough patience to give each grandchild a bit of dough to make their own little pie! Bob liked fixing things, old westerns, games, classic country music, whistling and Allegany State Park. Each year, he and Ruth would lead a multi-generational camping trip to the Park where the whole family would gather around the campfire and sing the classic songs he loved. His blue striped engineer hat rarely left his head - his grandchildren called it his campfire hat and each of them had to have one. Bob’s favorite holiday was Christmas and in the days leading up to it he would watch every Christmas Carol (Scrooge) movie ever made. To borrow the words of Charles Dickens, he "knew how to keep Christmas well, if any man alive possessed the knowledge. May that be truly said of us, and all of us!"
To plant a beautiful memorial tree in memory of Robert Ackley, please visit our Tree Store

A Memorial Tree was planted for Robert
We are deeply sorry for your loss ~ the staff at Fagan's Inc. Funeral Home
Join in honoring their life - plant a memorial tree
Online Memory & Photo Sharing Event
Online Event
About this Event

Look inside to read what others have shared
Family and friends are coming together online to create a special keepsake. Every memory left on the online obituary will be automatically included in this book.
View Tribute Book
Services for Robert Ackley
There are no events scheduled. You can still show your support by planting a tree in memory of Robert Ackley.
Plant a tree in memory of Robert
Share A Memory
Plant a Tree