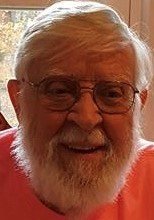 Please share a memory of Thomas to include in a keepsake book for family and friends.
View Tribute Book
Thomas Allan Pilon, age 87, passed away on June 13, 2021. Born April 23, 1934 to Oliver and Angeline Pilon in Two Rivers, WI, Tom moved to Gastonia, NC in 1968 remaining there until 2018, when he moved to Bath, NY. Tom is survived by his wife Helen Pilon of Bath, NY, Children Mark Pilon (Janet) of Bryson City, NC, Carol Flint of Bath NY, Robert Starcher (Susan) of Clover, SC, Jim Craig (Cherie) of Gastonia, NC, Daughter Lee Graham of Salem, OR, Grandsons Alex Pilon (Abigail) of Bryson City, NC and Devin Craig of Gastonia, NC, Granddaughters Holly Flint (Josh) of Bath, NY, Samantha and Jennifer Starcher of Clover, SC, Katlyn Craig of Eugene, OR, and one Great Grandson Nolan Flint of Bath, NY. He was preceded in death by his parents, sister Elaine, and former wife Margaret Lewis Pilon of Gastonia, NC. Tom served in the U.S. Air Force before joining the NC Air National Guard, retiring as Senior Master Sergeant with 35 years of service in December of 1990, having nearly traveled around the world. He later retired as a bus driver from Gaston Transit. Tom donated over 500 pints to the American Red Cross. He loved people and taking care of home and family. In retirement, he continued to travel through a love of cruising. A private family memorial service is planned at a later date.
To plant a beautiful memorial tree in memory of Thomas Pilon, please visit our Tree Store

A Memorial Tree was planted for Thomas
We are deeply sorry for your loss ~ the staff at Fagan's Inc. Funeral Home
Join in honoring their life - plant a memorial tree
Online Memory & Photo Sharing Event
Online Event
About this Event

Look inside to read what others have shared
Family and friends are coming together online to create a special keepsake. Every memory left on the online obituary will be automatically included in this book.
View Tribute Book
Services for Thomas Pilon
There are no events scheduled. You can still show your support by planting a tree in memory of Thomas Pilon.
Plant a tree in memory of Thomas
Share Your Memory of
Thomas
Upload Your Memory View All Memories
Be the first to upload a memory!
Share A Memory
Plant a Tree