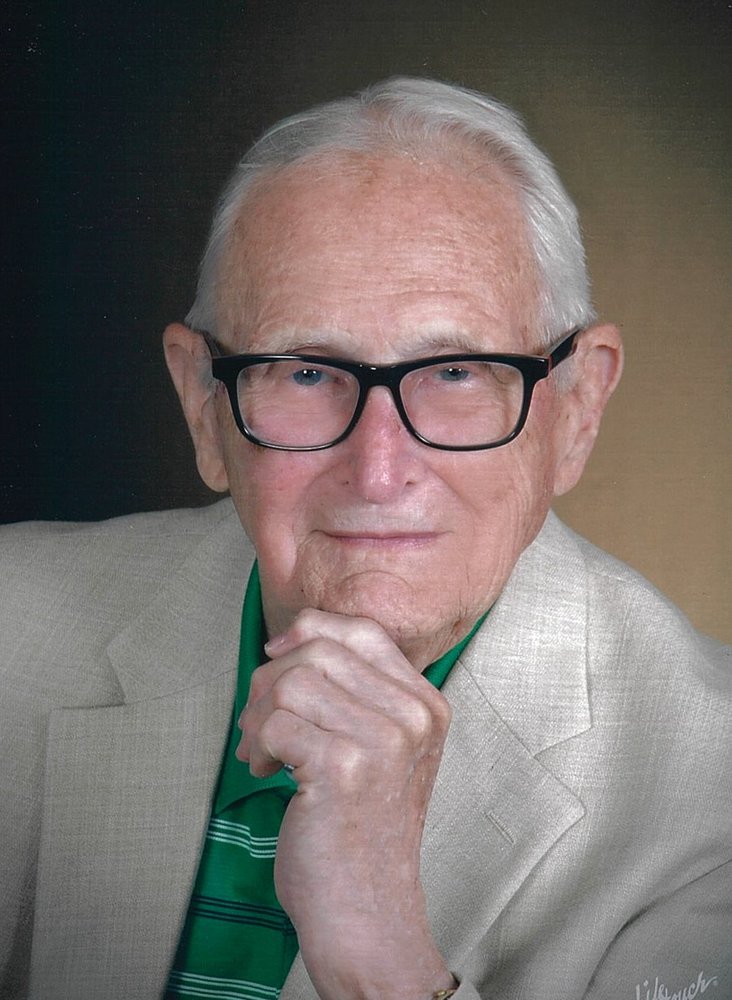 Please share a memory of Willis to include in a keepsake book for family and friends.
View Tribute Book
Willis Herman Barney, Jr., age 98, of Bath, NY, died Wednesday, June 2, 2021 at the Bath VAMC. He was born in Syracuse, NY, the son of the late Willis H., Sr. and Edyth (Wood) Barney. Mr. Barney was a highly decorated WWII US Army Veteran, who served in the Army Air Corps as a radio operator on a B-17 Flying Fortress. He flew 35 missions, mostly over Germany, as the Allies pushed back against the Nazis, including the Battle of the Bulge. He was awarded the Chevalier, France's Legion of Honor medal; Air Medal with 5 Oak Leaf Clusters; European Theater Ribbon with 3 Bronze Stars; and a WWII Victory Medal. After graduating from MIT in 1948, he spent over forty years working as a physicist in Research and Development for Corning, Inc., before retiring in June of 1988. Willis was an expert in dielectrics, contributing to the development of glass microwave technology and fiber optics. He was awarded multiple patents, and his work has been lauded in various scientific research journals. Mr. Barney was an avid tennis fan, coaching the Bath High School Tennis Team for 15 years. He taught tennis to recovering Veterans at the Bath VA up until one year ago, at the age of 97. He was elected Village Trustee, and was the Chairman of the Planning Board for the Village of Bath. Mr. Barney was a lifetime member of the Veterans of Foreign Wars 1470 and the Charles E. Wescott American Legion Post 173 in Bath. He was also a member of the Sons of the American Revolution Inc. Mr. Barney enjoyed volunteering for RSVP, advising the 4-H vegetables growers, and judging locally grown vegetables at the Steuben County Fair. He was a long standing member of St. James Episcopal Church in Hammondsport. He on occasion would play the piano at the Bath VAMC and, when not enjoying the company of his friends nearby at Stephanie's restaurant, spent his spare time studying advanced math theory. He is survived by his wife, Donella (Dean) Barney; children, Richard (Bonnie) Barney, William (Paula) Barney, Christine Barney (Ahjaz Sethi) and Bruce (Julia) Barney, grandson, Travis (Erika) Barney, great grandchildren Stetson and Carson; step-children, Renea (James) Clifford, Jennifer Michels and William Connelly and several step grandchildren. He was predeceased by his first wife Elsa Barney and sister Bertie Strauss. Family and friends are invited to the visitation at Fagan's Funeral Home on Monday June 7, 2021 from 4:00-7:00 pm. A funeral service will be held on Tuesday, June 8, 2021 at 10:00 am at the funeral home with The Reverend Lynn Sharp officiating. Burial with Military Honors will follow at Nondaga Cemetery, Bath. In lieu of flowers, memorial donations may be made to the Willis H. Barney, Jr. Scholarship Fund for a graduating tennis player at Haverling Central School.
To send flowers to the family or plant a tree in memory of Willis Barney Jr., please visit Tribute Store
Print
Monday
7
June