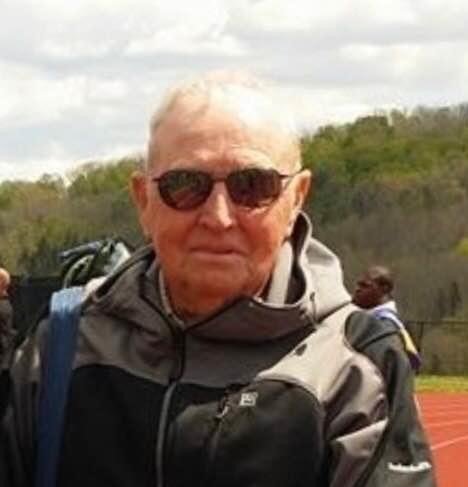 Please share a memory of Franklin to include in a keepsake book for family and friends.
View Tribute Book
Franklin D. Dibble, age 87, of Bradford, NY died Thursday, April 29, 2021 peacefully at his home. He was born on August 13, 1933 in Dundee, NY the son of the late Kenneth and Frances (Robbins) Dibble. Mr. Dibble was a US Army Veteran serving active duty in Germany from 1953-1955 followed by several years in the Reserves. He married his wife Josephine Danilowicz on May 4, 1958 and shared 59 years with her until her passing on June 19, 2017. In his younger years he enjoyed spending time working on his parents dairy farm, hunting and racing with his friends. He worked as a Milk Hauler for Millard Dairy, then was a Foreman at the Penn Yan Boat Company for many years, before working full time as a Carpenter for Bob Anderson's business until his retirement in 1991. Mr. Dibble continued to do carpentry work after his retirement and proudly built their retirement home on Stone School House Road in Bradford, NY. He loved being in the outdoors, hunting and farming, and in his later years was known to mow his acreage every day. Mr. Dibble loved good food and going out for ice cream and root beer with his grandchildren. He and his wife enjoyed supporting and watching their childrens and grandchildrens sporting events and collegiate sports. In addition to his wife, Mr. Dibble was predeceased by his daughter Diane DeStephen and older brother Harold Dibble, and is survived by his son Greg Dibble; grandchildren, Courtney (David) Howell and Nathan DeStephen, very special great grandchildren, Brantley and Cyle Howell and twin sister Shirley Pullano, sister Joyce Disbrow, sister-in-law, Dale Danilowicz, son-in-law, Brian DeStephen and pet companions, Louie, Lola and Ashes. Family and friends are invited to Fagan's Funeral Home in Bath for the visitation on Tuesday, May 4th from 9:00-10:00 am followed by a funeral service at 10:00 am and then a graveside service at 11:00 am at the Bath National Cemetery with military honors.
To send flowers to the family or plant a tree in memory of Franklin Dibble, please visit Tribute Store
Tuesday
4
May

Look inside to read what others have shared
Family and friends are coming together online to create a special keepsake. Every memory left on the online obituary will be automatically included in this book.
View Tribute Book
Share Your Memory of
Franklin
Upload Your Memory View All Memories
Be the first to upload a memory!
Share A Memory
Send Flowers
Plant a Tree