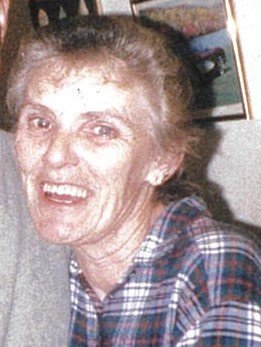 Please share a memory of Sharon to include in a keepsake book for family and friends.
View Tribute Book
Sharon K. Burke (Oliver) was born on May 9, 1942 in Wellsville, NY, to Franklyn and Lynette (Frank and Betty) Oliver. She grew up in Belmont, NY and attended Scio Central School. She moved to the Rochester area and was employed at Stromberg Carlson in the late 60's and early 70's. She returned to this area in the late 70's and has resided in the Bath area since 1985. She loved playing bingo, camping, fishing, gardening and country music. Most of all, she enjoyed spending as much time as possible with her children and grandchildren. She was predeceased by her father Frank Oliver in 1996 and her mother Betty Oliver (Wilcox) in 2005, her sister Beverly Oscanyon in 2010 as well as her brothers Roger in 1941 and Dale in 1944. She is survived by her brother Stanley (Mary) Oliver of Rathbone her sons; Franklyn Burke of Bath and Michael (Danielle) Burke of Bath; step sons, David (Dee) Burke of Bath, Christopher (Patricia) Burke of Phelps and Matt Burke of Clifton Springs and step-daughter, Llona Robbins of Bath. She had over a dozen grandchildren and several great grandchildren, plus all of the "unofficial" family that she made over the years. She cherished the lasting friendships that were formed wherever she went. She will be loved and missed by all who knew her.
To plant a beautiful memorial tree in memory of Sharon Burke, please visit our Tree Store

A Memorial Tree was planted for Sharon
We are deeply sorry for your loss ~ the staff at Fagan's Inc. Funeral Home
Join in honoring their life - plant a memorial tree
Services for Sharon Burke
There are no events scheduled. You can still show your support by planting a tree in memory of Sharon Burke.
Plant a tree in memory of Sharon
Print
Online Memory & Photo Sharing Event
Online Event
About this Event

Look inside to read what others have shared
Family and friends are coming together online to create a special keepsake. Every memory left on the online obituary will be automatically included in this book.
View Tribute Book
Share A Memory
Plant a Tree