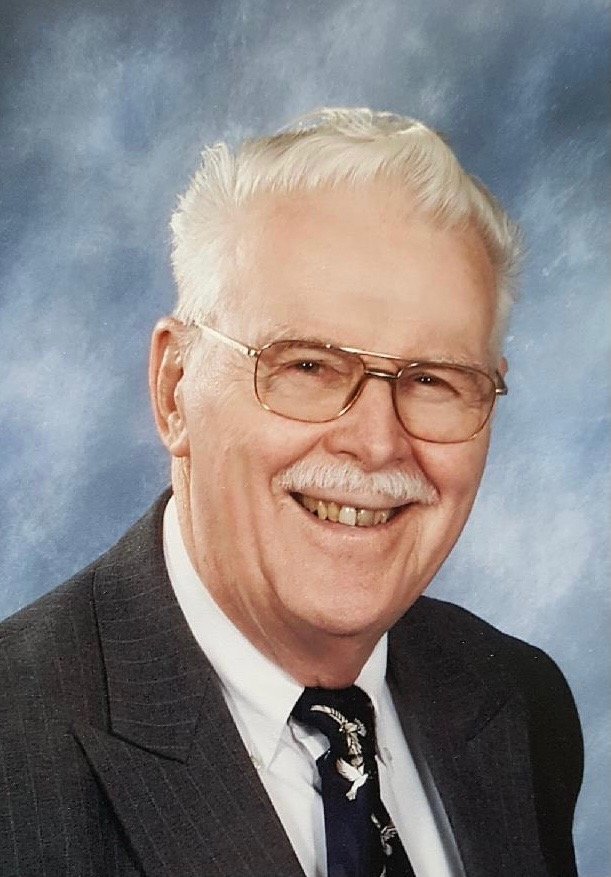 Please share a memory of Donald to include in a keepsake book for family and friends.
View Tribute Book
Donald Robert Kraft, 91, of Bath, NY, went to heaven Tuesday, December 15th, from Taylor Health Center. Don was born in Waterbury, CT, to Max E and Lillian Kraft on 3/16/1929. He attended Crosby High School before enlisting in the army. He was honorably discharged after three years but called back up when the Korean War began (one year active duty followed by two years inactive in the Reserves). Thanks to the GI Bill, he went on to earn a BS in medical laboratory technology from Lycoming College in 1955. While completing a practicum at Arnot Ogden Hospital in Elmira, Don met a nursing student, his future wife, Barbara. They married and he took a position with Steuben County as a lab technologist and later lab supervisor working out of the Bath Hospital/Ira Davenport Hospital for nearly 20 years. When the County-Hospital Lab pact ended, he went to work at and eventually retired from the VA Hospital in Bath. Even as a retiree, Don volunteered for years at the VA. Don was also an avid coin collector and active in the Bath Coin Club for decades. He helped out with Babe Ruth Little League for a number of years and always tried to attend ball games for both his children and then grandchildren. Even if they hadn’t spotted him, they heard his whistle! Don was actively involved in church at First Baptist of Avoca, as a deacon, teaching Sunday School, Bible study and memeorization and in Awana. Don is survived by one sister-in-law, Ann Truax of Avon Park, FL, his children, Jane Jones of Bath, Kyla (Don) Lester of Avoca, Kimrae (John) Alsheimer of Interlaken, Karen (Davis) Devolder, Kendell (Mary Ann) Kraft of Forest, VA, Kevin (Sharon) Kraft of Kansas City, MO and Kory (Jennifer) Kraft of Sewell, NJ. The grandchildren are Ivy (James) Conklin of Bath, Albert L Jones Jr of Elmira, Katina Jones-Waples of Camden, NC, Elizabeth Jones-Smith of Reno, NV, Krisonda (Cody) Hosmer of Liberty, NC, Jonathan (Jaime) Alsheimer of Fredericksburg, VA, Dan (Christy) Alsheimer of Rochester, NY, Zach (Keleigh) Alsheimer of Holly Springs, NC, Garth (Mary) Lester of Sterling, VA, Kent Lester of Rochester, NY, Derek Kraft of Washington, DC, Ryan (Chelsea) Kraft of Spotsylvania, VA, Tamara, Tyler, Timothy and Talia Kraft of Kansas City, MO, and Sophia and Christian Kraft plus seven great grandchildren. He is preceded in death by his beloved wife, Barbara, his parents, Max E and Lillian Kraft, siblings, Max H Kraft, Howard Kraft, Edna Peden, Lillian Hassenfeldt, Lorraine Stephens, and George Kraft. To protect the health of members of the family and friends in light of the spread of Corona virus, a celebration of life will be held at a later date for both Donald and Barbara. Fagan’s Funeral Home has been handling the arrangements. Memorial donations may be made to your local food bank considering the prolonged economic impact of COVID. The family wishes to extend their gratitude to Pastor Bill McFeaters of First Baptist Church of Avoca and ESPECIALLY to the staff of Taylor Health Center who have taken care of Don for nearly 2 years and Barb for much longer. Many of them became part of the family as well and are risking their own to care for residents with the virus! Be thou faithful until death and I will give thee a crown of life. Revelation 2:10b
To plant a beautiful memorial tree in memory of Donald Kraft, please visit our Tree Store

A Memorial Tree was planted for Donald
We are deeply sorry for your loss ~ the staff at Fagan's Inc. Funeral Home
Join in honoring their life - plant a memorial tree
Online Memory & Photo Sharing Event
Online Event
About this Event

Look inside to read what others have shared
Family and friends are coming together online to create a special keepsake. Every memory left on the online obituary will be automatically included in this book.
View Tribute Book
Services for Donald Kraft
There are no events scheduled. You can still show your support by planting a tree in memory of Donald Kraft.
Plant a tree in memory of Donald
Share A Memory
Plant a Tree