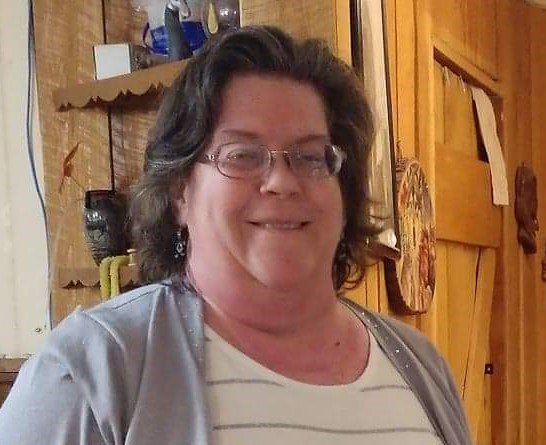 Please share a memory of Janet to include in a keepsake book for family and friends.
View Tribute Book
Janet Louise (Whitney) Bockus, age 49, of Bath, NY died unexpectedly on Saturday, September 12, 2020. She was born May 19, 1971 in Bath, NY the daughter of the late W. Larry and Mabel (Bixby) Whitney. Janet was a graduate of Hammondsport Central School and Niagara University. Janet had worked at WalMart, McDonald's and K-Mart, in personnel. She enjoyed traveling and family game nights, and especially loved her animals. She is survived by her husband of 13 years, Henry Bockus; aunts and uncles Robert and Denise Whitney and David and Lucy Whitney all of Bath, NY, Irene Bixby and John and Dolores Bixby all of Corning, NY and Jack and Mary Travis of Lancaster, OH and several brothers and sisters-in-law, cousins and friends. Janet was predeceased by her infant son Alan William Whitney, grandparents; William and Melba Whitney and C. Clair and Helen Bixby and her aunt and uncle Donald and Judith Bixby. Family and friends are invited to the visitation at Fagan's Funeral Home in Bath on Thursday, September 17, 2020 from 1:00-2:00 pm with funeral services to follow at 2:00 pm. Private burial will be in Nondaga Cemetery, Bath. In lieu of flowers memorial donations in her name, may be made to the American Diabetes Association, Bath Ambulance Corps or a charity of your choice.
To send flowers to the family or plant a tree in memory of Janet Bockus, please visit Tribute Store
Thursday
17
September

Look inside to read what others have shared
Family and friends are coming together online to create a special keepsake. Every memory left on the online obituary will be automatically included in this book.
View Tribute Book
Share Your Memory of
Janet
Upload Your Memory View All Memories
Be the first to upload a memory!
Share A Memory
Send Flowers
Plant a Tree