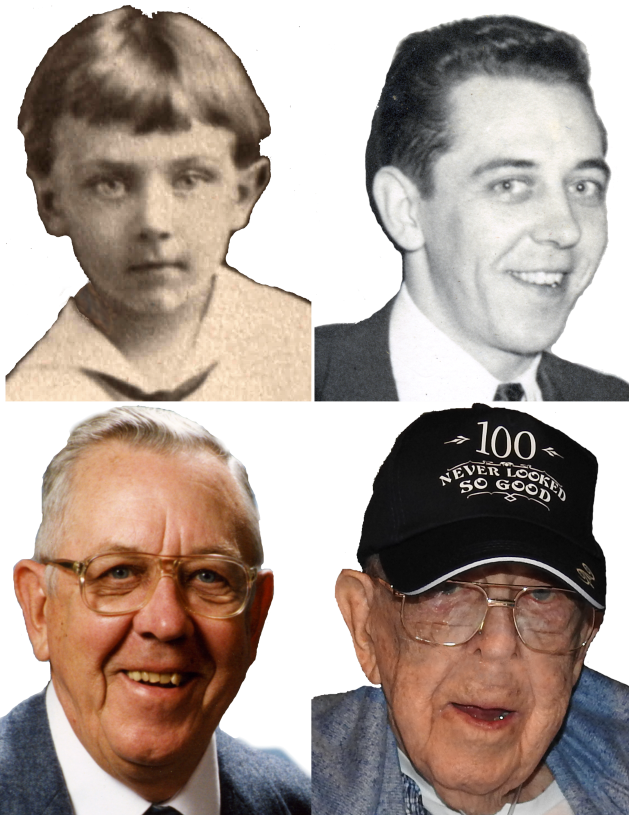 Please share a memory of Casimir to include in a keepsake book for family and friends.
View Tribute Book
Casimir Stanley Skrocki, age 100, went to be with our Lord on Thursday, September 10, 2020 after a long illness. He was at home with his daughter Beverly. Cas, as he was called, was the son of Antoni and Maryanna (Sierak) Skrocki on Saturday, August 7, 1920 in Utica, NY. Cas graduated in June of 1938 from Utica Free Academy then graduated from the Excelsior School of Business. Cas began his working career for Draft Board #428 in Utica before landing a job in the mail room at the Bath VA. After the war, Cas returned to the Bath VA as an administrative assistant, retiring 40 years later. On July 22, 1942, Cas enlisted in the Service. For 3 months he was a private with the Infantry within the 5th army. While waiting in line for a leave pass, he went up to the person typing out the forms and said " If you let me do that, we'll all get out of here faster." Cas typed 45 words per minute. He was promoted to Staff Sergeant for the next 2 yrs and 8 months and worked as a clerk in a supply/depot company of the Army. Cas' military service included Africa, Naples-Foggia, Rhineland, Rome-Arno, Sicily and Southern France. Cas was a member of St. Mary's Parish in Bath. He was a member of the Elks club, the American Legion, and the VFW. Cas was an avid bowler and golfer. He did bowl one 300 game. Cas was always involved with the VA's Memorial Day parade. Our sincere appreciation to Aide, Jeanna Hyde for the many years of the great care, comfort and friendship provided to Cas and the family. Our thanks also go out to the Staff at the Bath VA and Home and Health Care Services of Hornell. Surviving are his daughter Beverly of Bath, son David (Cindy) of Oviedo, Fl, and Michael of Corning. Granddaughter Sara (Ryan) Walker, Grandson Ryan Skrocki of NYC, three great grandsons, Scotty, Alex, and Griffin Walker. He also has one cousin Helen (Skrocki) Flis age 101 living in Rochester, NY. Cas was predeceased by his wife of 71 years, Josephine (Leclair), in 2019, daughter Patricia in 1951, daughter Susan in 1964, father, Antoni in 1972, mother, Maryanna in 1981, brother Stanley (Jeselda) in 1983, sister Victoria (Stanley) Burek in 1993, brother Anthony (Sadie) in 1996, brother Henry (Laura) in 2003, daughter Karen Mowrey in 2010 and daughter Mary (Harry) Shugars in 2014. A viewing will be held Monday, September 14, 2020 from 9:30 am - 10:30 am at Fagan's Funeral Home, 31 W. Morris Street, Bath, NY followed by a funeral service. Burial with Military Honors at 11:00 am at the Bath National Cemetery.
To send flowers to the family or plant a tree in memory of Casimir Skrocki, please visit Tribute Store
Print
Monday
14
September