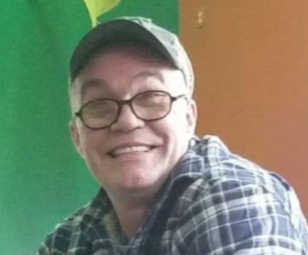 Please share a memory of Richard to include in a keepsake book for family and friends.
View Tribute Book
Richard Oscar Graham, 56, passed away suddenly on Wednesday, August 5, 2020. He was born April 16, 1964 in Urbana, NY to Richard and Rita (Teed) Graham. Richard graduated from Hammondsport High School in 1982. He was a self-employed contractor for most of his working life, hanging dry wall and showing to be a skilled carpenter. He loved NASCAR, football- especially the cowboys, a cold Budweiser and horses. He would give the shirt off his back if you asked him to. Richard was an avid hunter and fisherman and he loved spending time with his grandchildren. He is survived by his wife, Robin; a brother, David (Rhonda) Graham; a sister, Michelle Phillips; two daughters, Natasha (Ryan) Thorius, Ashlee (Alex) Graham; a son Richard (Hailey) Graham; his grandchildren, Austin, Griffin and McKenna; as well as many nieces and nephews. Richard is predeceased by his mother and father. No funeral service will take place, but a celebration of life is being planned for a later date.
To plant a beautiful memorial tree in memory of Richard Graham, please visit our Tree Store

A Memorial Tree was planted for Richard
We are deeply sorry for your loss ~ the staff at Fagan's Inc. Funeral Home
Join in honoring their life - plant a memorial tree
Online Memory & Photo Sharing Event
Online Event
About this Event

Look inside to read what others have shared
Family and friends are coming together online to create a special keepsake. Every memory left on the online obituary will be automatically included in this book.
View Tribute Book
Services for Richard Graham
There are no events scheduled. You can still show your support by planting a tree in memory of Richard Graham.
Plant a tree in memory of Richard
Share Your Memory of
Richard
Upload Your Memory View All Memories
Be the first to upload a memory!
Share A Memory
Plant a Tree