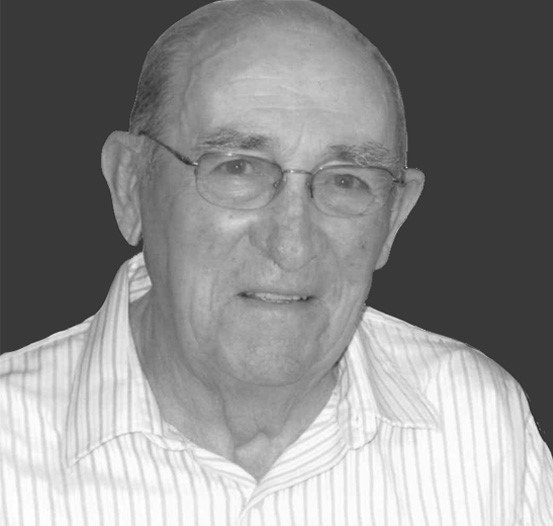 Francis W. Warren, age 92 passed away peacefully, Friday, August 9.  Francis was born on March 7, 1927 to Frank W and Helen Mierke Warren in Lyons, NY.  He was predeceased by both of his parents and brother, Bruce Warren.

It brought great joy to Francis in watching all of his children, grand-children and great grand-children grow up and on the athletic fields and attending all of their musical activities.  He was a great athlete, enjoyed coaching in his younger years and had a great love of sports.  Francis’ love of music throughout the years left him a moment away of breaking into a chorus of a Frank Sinatra song, including the wedding tradition of the family rendition of New York, New York.

Francis was a veteran of the United States Air Force and retired from New York Telephone Company after 30 years of service.  He also was the steward of the Bath Elks BPOE #1547 for 10 years.

Francis was a member First Presbyterian Church of Bath for over 55 years and served as an elder, a member and Past Exalted Ruler of the Bath Elks BPOE #1547, and a lifetime member of the Bath Country Club, loving and playing golf until the age of 90.

Family and friends are invited to call at Fagan’s Funeral Home in Bath on Wednesday, August 14th from 4:00-7:00 pm with an Elks service at 7:00 pm.  A funeral service will be held on Thursday August 15th at 11:00 am at The First Presbyterian Church of Bath with Reverend Stanley Bhasker officiating.  Burial will be in Pleasant Valley Cemetery with military honors.

In lieu of flowers, donations can be made to the First Presbyterian Church of Bath